Staking Crypto: How it Works, Benefits, and Risks 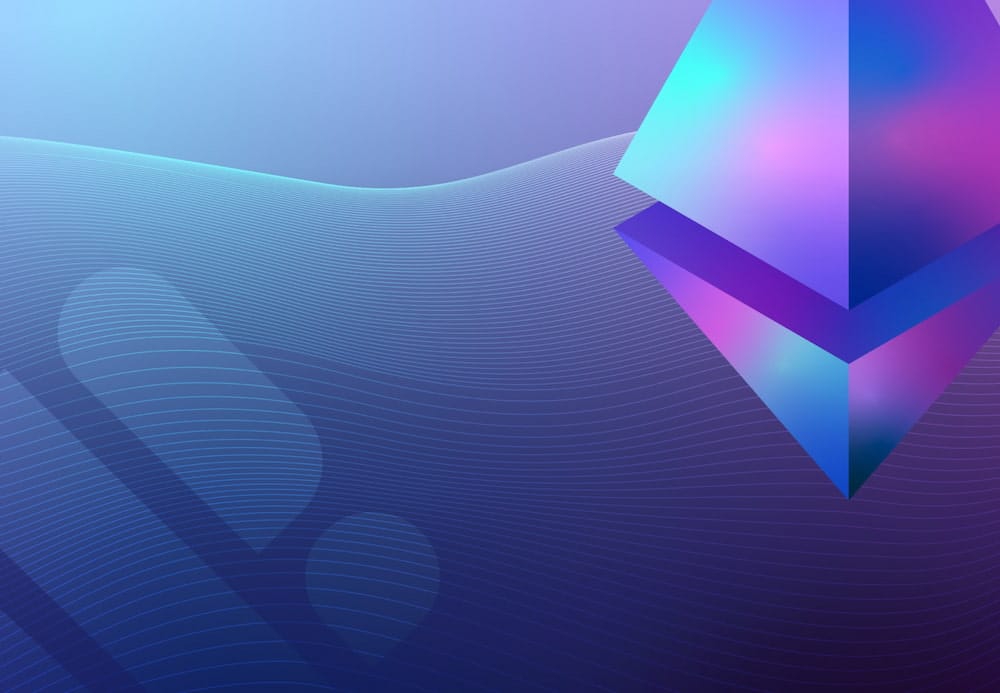 If you’re a crypto investor, you’ve probably heard about staking. If you’re not, it’s about time you learned about it, because it really is a great way to put your cryptocurrency to work and earn rewards. In this article, we’ll explain why it is and how it works.

Staking your coins can be a great way to earn passive income, especially because some cryptocurrencies pay out significant interest rates for staking. But there are a few things you should know before you begin.

IT’S SIMILAR TO DEPOSITING MONEY IN A BANK, EXCEPT THIS BANK IS A BLOCKCHAIN

Staking, like cryptocurrencies in general, is still relatively young. By definition, staking is a technique of confirming transactions in a variety of cryptocurrencies while also allowing users to earn rewards for their holdings.

Not all currencies enable it, but sites like Binance and Coinbase include a list of supported coins as well as stake coins. As a result, you can spend the coins you have, put them somewhere else where you won’t be able to use them for a while, and then get more coins back in the future than you had before.

Staking coins can be compared to depositing coins into a high-yield savings account, or CD and receiving the money back as interest over a period of time. It’s simple to think of it that way, but the two are fundamentally different.

The difference between locking funds into a CD and staking crypto is that the bank pays you interest in exchange for the ability to utilize your money to invest in other things like stocks or loans, whereas with crypto, this is not the case. You’re not handing up your coins to someone else to invest in.

Staking works by rewarding the people who stake their coins. In terms of how you get rewarded, the regulations are different. However, if you have staked currency, you may be rewarded for creating new blocks on the blockchain.

To fully understand it, we must underline the difference between the proof-of-work and proof-of-stake paradigms.

COMPREHENDING THE DIFFERENCE BETWEEN POW AND POS

The blockchain is nothing more than a collection of transactions. In the proof-of-work paradigm (PoW), first pioneered by Bitcoin, people compete to be the next to write a new block of transactions using proof of work by solving and guessing an equation known to the supercomputer. The first person to find the solution is awarded two things. The first of them is to create the next block on the blockchain, which isn’t even the prize. Secondly, coins are the real prize, because coins hold monetary value.

This is where the proof-of-stake (PoS) paradigm comes into play. PoS works in a very different way than proof-of-work. PoW is a large-scale, high-powered battle among supercomputers. PoS, on the other hand, establishes a competition amongst entirely ordinary currency holders. Here is how PoS works:

What’s wonderful about PoS is that all members are responsible for keeping the network in excellent working condition, since if they don’t, they risk losing their investment. Then, proof of stake is a form of remuneration for people who join the network, and blockchain is a more cost-effective and balanced approach to generating money.

So, why stake crypto?

Fundamentally – to get more coins. Plus, this motivates more people to stake their coins to protect the viability of the blockchain network.

Ethereum, Algorand, Cosmos, Tezos, Dai, and USD coins are among the open-source PoS blockchain networks available on Coinbase. Binance allows you to use the following staking assets: Qtum, Eos, One, Vechain, Tezos, Cosmos, and Algorand.

Here’s a comparison of the two platforms in terms of the rewards they offer.

Well, staking is not as simple as depositing funds into a bank account and expecting a 2% return after six months. Each coin may have its own set of regulations and payouts, and entry requirements for staking are fairly high.

You may also need to stake your coins for a few years. Because the return isn’t fixed, you won’t know how much money you’ll gain from your coins, mostly due to the tendency of coin prices to fluctuate over time, or volatility. In other words, if you lock up a coin for 12 months, there’s no guarantee that the price of the coin will be higher than your buying price after the year is up. Even if your coins do rise in value, liquidity presents another issue: there is no guarantee that a buyer will want to purchase the coins you want to sell. That being said, there is nothing that dictates “you must sell your coins immediately after the lockup period ends” and you can also choose to lock up your coins for another set period of time. Nevertheless, as we can see, staking doesn’t come without its risks.

However, It is now possible for a regular consumer to participate in the blockchain’s rewards, and cryptocurrency investing is likely to become more accessible to a wider audience.

So, should you stake your coins? Is it a wise decision? This article demonstrated a major shift that is taking place: the shift from proof-of-work to proof-of-stake. The general consensus is that staking is awesome for a whole host of reasons. Staking lowers the barrier of entry into the world of blockchain verification so that more nodes participate in verifying blocks on the chain, resulting in overall more reliable blockchains. staking crypto is also a way to earn passive income without having to sell your coins. Furthermore, Magic Square is in the process of developing an interface that will make the staking process a whole lot simpler. Be sure to join our social communities to stay up to date on Magic Square developments, such as our in-house staking solutions.

If this was interesting for you – keep reading! Follow our articles here on our blog to gain a deeper understanding of cryptocurrency investing. 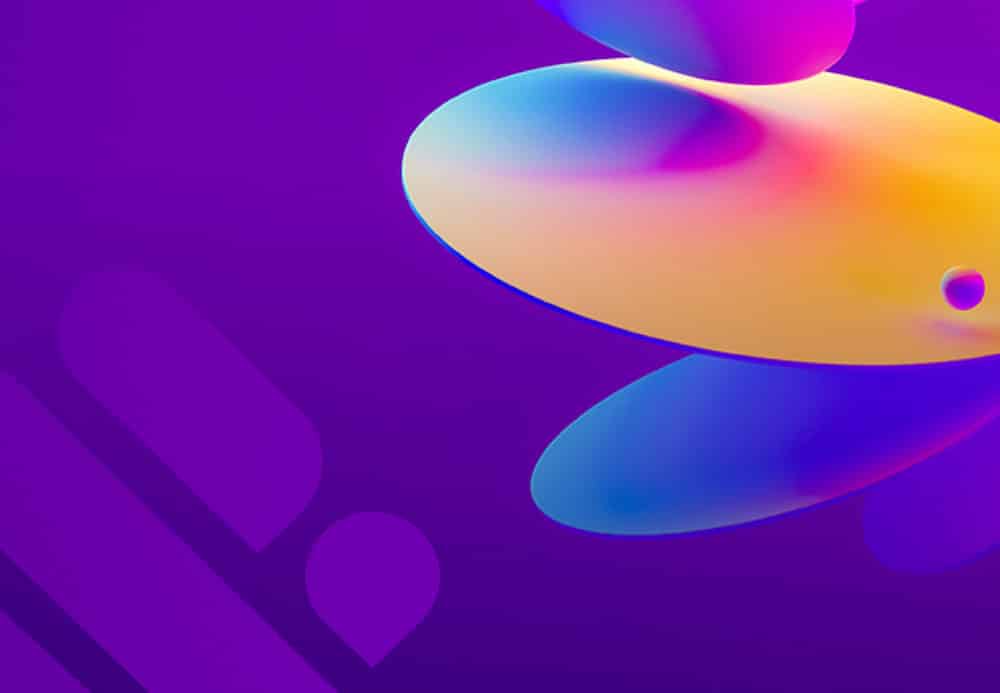 The First Crypto App Store is Changing the Web 3.0 Game, Here’s How

You may have heard the term Web3.0 tossed around in conversation — “the future of the 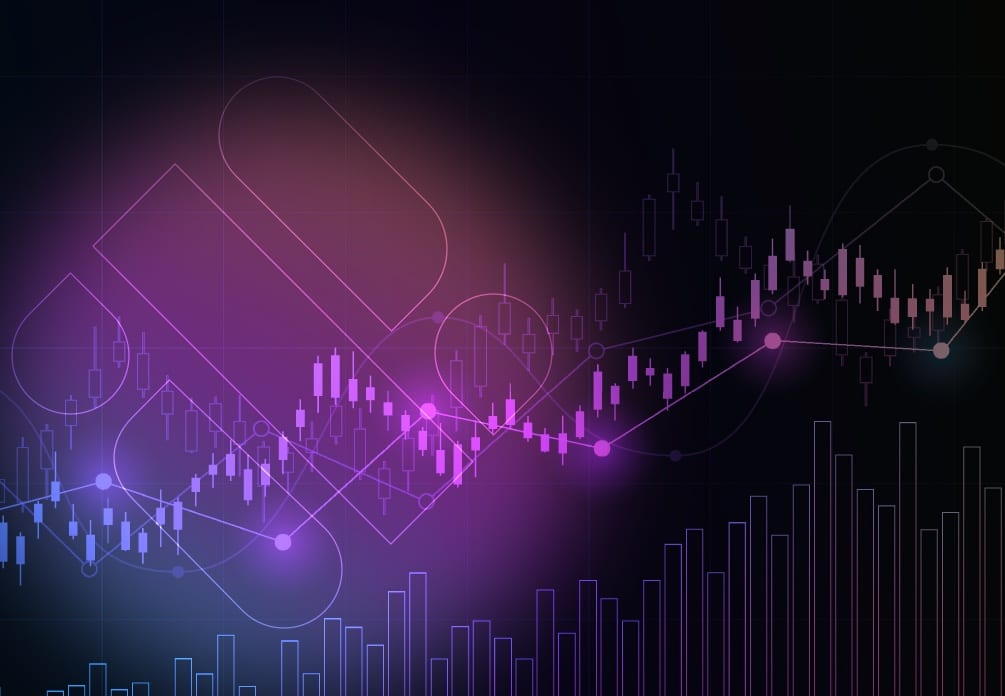 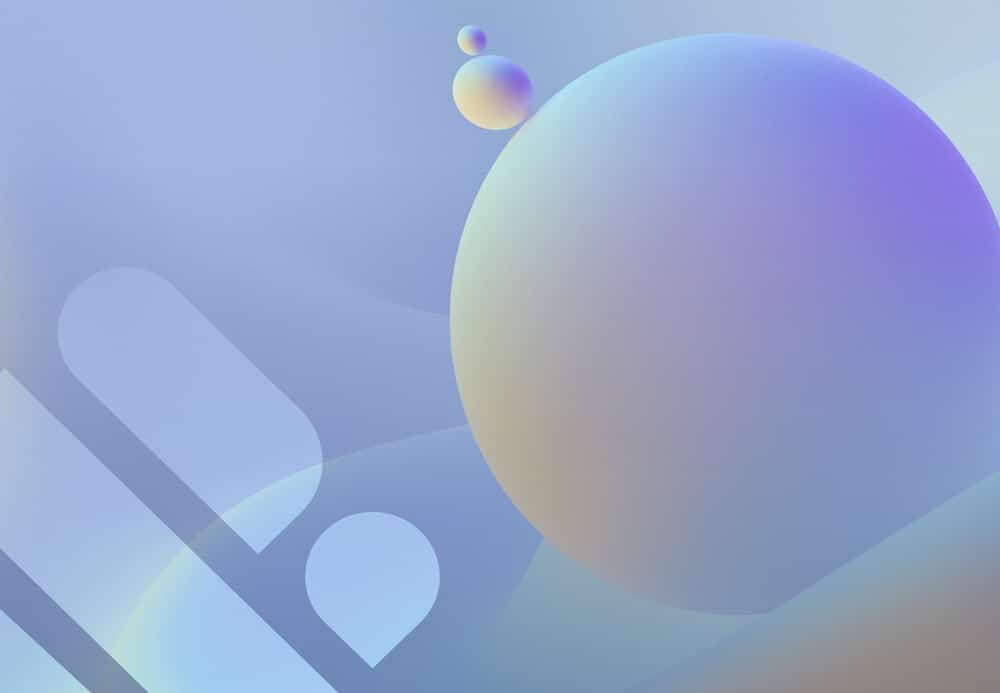 How We’re Making Crypto as Simple as One Click

Until now, the decentralized world of crypto apps hasn’t been particularly user-friendly, to say the 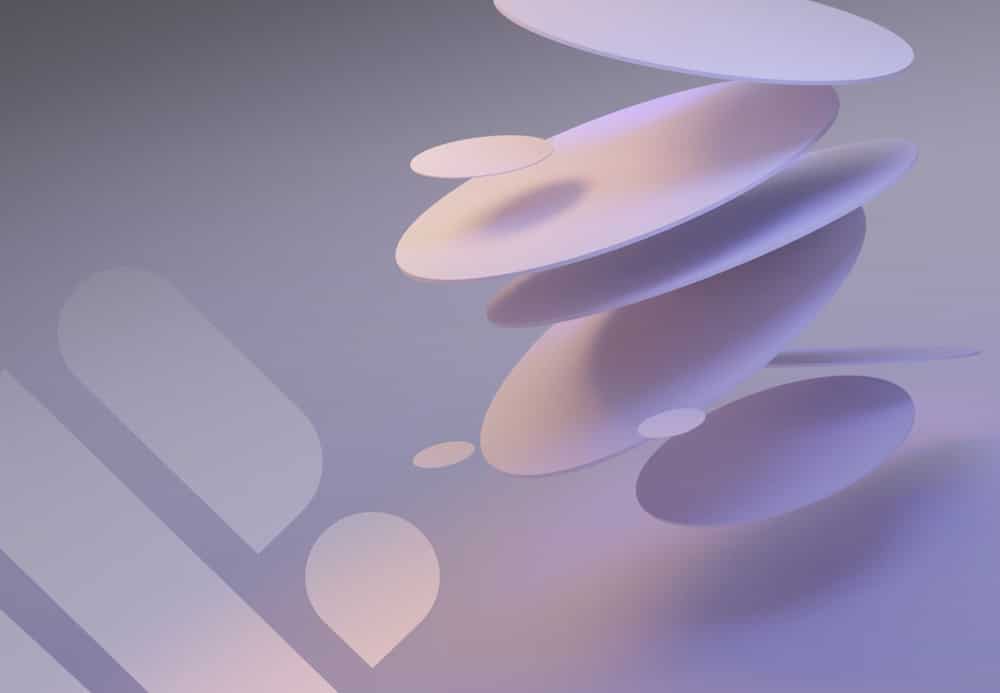 For Developers: How to Build Robust Decentralized Applications Quickly with Magic SDK

Since the explosion of crypto, developers have been looking for ways to break into the market and create 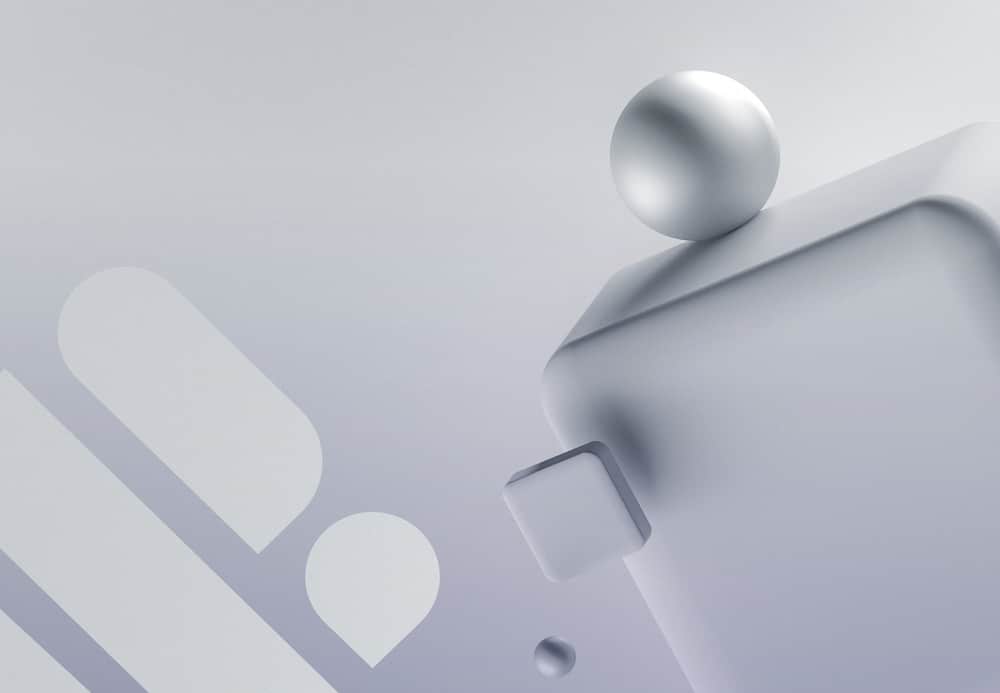 The Problem With Web2.0 – Why Web3 Is Emerging

Web2.0 is the second version of the internet and the digital era that we are living in right now. Before 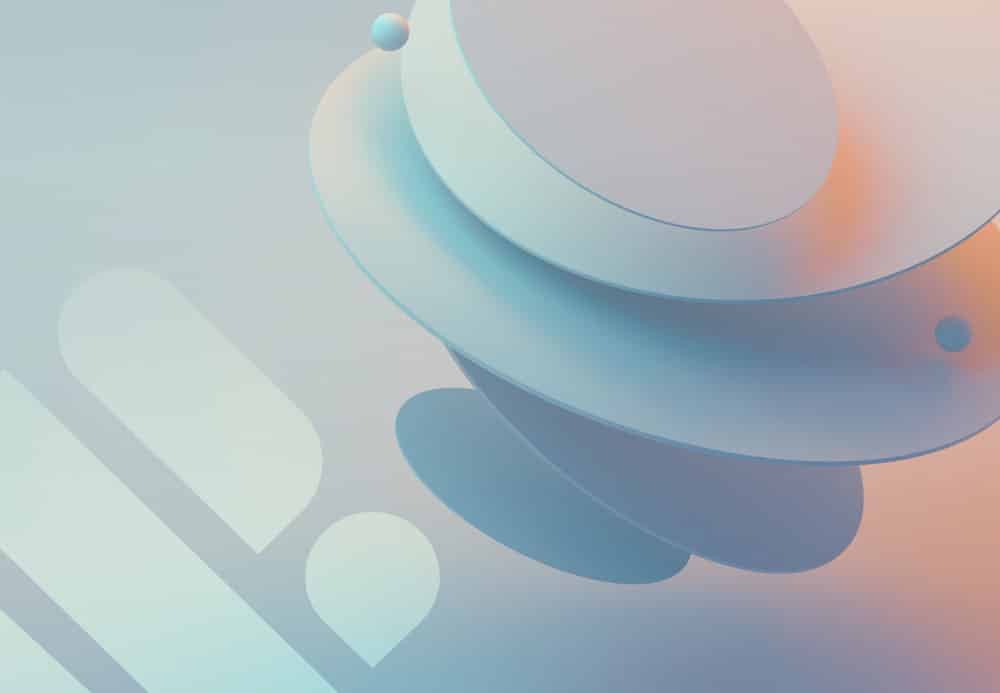 How DeFi is Paving the Way to a Bright Financial Future